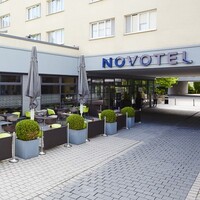 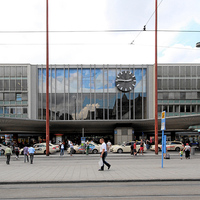 Whether you want to go to the annual Oktoberfest or interested in art at the Kunstareal, Munich tops as one of the most visited cities in Germany. Use OnePark to find parking in Munich city centre wherever you go.

Munich is located in the south of Germany, 50 km north of the Alps. It is the third largest city in Germany with a population of around 1.5 million people. Its annual Oktoberfest attracts more than 6 million people worldwide every year.

A brief history of Munich

Munich was settled by Benedictine monks on the Salt Road. Munich was given city status and fortification in 1175 and later given importance when it was given salt monopoly by Duke Louis IV. It became the capital of Bavaria when it reunited in 1506 and as a kingdom in 1806. During this time, the city grew culturally and artistically. Munich was heavily damaged during World War II but restored to its previous state.

What to see in Munich city centre

Munich’s city centre is very walkable and well connected by the S-Bahn, U-Bahn and trams. Famous landmarks include the historic old City Hall which is now a toy museum, and the Rathaus-Glockenspiel. Munich is an excellent place for shopping, from the luxury shops along the Maximilianstrabe to the typical stores and cafes on Sendlinger Starbe. There are also several museums like the Haus der Kunst, Munich City Museum and Residenz. Car park garages can be found inside and outside the city centre, apart from on-street parking. Parking in Munich city centre can be limited and higher priced than in other areas.

Have more time to enjoy the sites that Munich’s city centre has to offer when you use OnePark. OnePark lets you reserve a parking place in the centre of Munich ahead of time so you can drive right into place when you arrive. Just enter your arrival and departure time to book and you are ready to go.