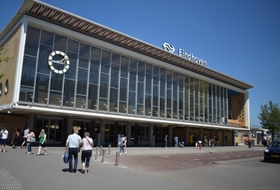 Once the home to the Philips lighting company, Eindhoven is the Netherlands’ 5th largest municipality. Find parking in Eindhoven with OnePark to get all the best deals.

Founded at the confluence of the Dommel and Gender streams, Eindhoven is a noted hub for technology and design thanks to its technical university and design academy. It boasts a population of over 220,000 people.

A brief history of Eindhoven

Eindhoven dates to the 13th century. It was a small town that was tossed back and forth between the Dutch and the Spanish during much of the 16th century. However, it wasn’t until the Industrial Revolution that the city came into its own. Initially, its growth centred on tobacco and textiles but with the founding of lighting and electronics giant Philips in 1891, the city experienced a boom.

You cannot separate the history of Eindhoven from that of Philips, and the company’s influence has helped shape the city in more ways than one. You can find out more at the Philips Museum, located on the site of the very first Philips factory! Compared to other Dutch cities, it has a modern skyline with the Vestedatoren and Van Abbemuseum being some of the more eye-catching buildings. When it comes to getting around, sections of the city centre are fully pedestrianised and you can make use of the comprehensive bus network. Keep in mind that Parking in Eindhoven is limited.

Finding city parking can often seem like more hassle than it’s worth. Join the ever-increasing number of drivers using OnePark to find parking in and around Eindhoven. Not only will you save time with our simple online booking process but you could save up to 60% on parking fees.