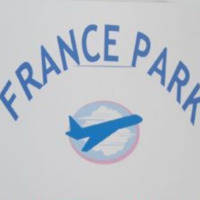 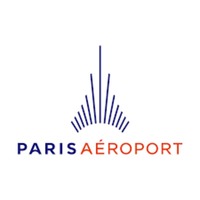 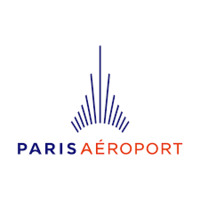 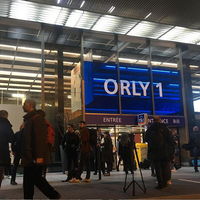 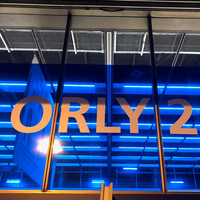 Do you have a plane to catch and wish to leave your car in a car park near Paris-Orly airport? It's possible with the Onepark online comparator. You'll find secure parking at the best price.

Paris-Orly: more than just an airport, a monument to visit

Orly airport is not an airport like any other: it occupies a special place in French history. And for good reason, it played a key role in the development of aeronautics in France, even hosting the first air meetings in the early 1910s.

Paris-Orly was not always simply a place for air travel. In 1962, it welcomed more visitors than the Palace of Versailles, attracting nearly 3.4 million curious people and stars of the time. Tourists went there on Sundays, attracted in particular by its modern architecture.

A major airport in France

Situated ten kilometres south of Paris, an ideal location at the gates of the capital, it takes its name from the commune in which it is located. It occupies a large part of its territory, covering more than 1,500 hectares.

Paris-Orly is the second largest airport in France after Roissy-Charles de Gaulle in terms of passenger numbers. In 2019, more than 31 million people passed through it to take a plane. They have had the opportunity to discover the many restaurants and shops on offer.

An airport looking to the future

Since the creation of the South Terminal in 1961 (with its US-inspired architecture), the airport has always been at the forefront of technology. Facial recognition will soon be deployed to allow users to take out their identity documents only once.

Book a parking space near Paris-Orly

Many visitors and travellers come to the airport daily. There is therefore no shortage of parking spaces near Paris-Orly! Get on board with complete peace of mind by leaving your vehicle in a secure car park. Thanks to Onepark, find it online in just a few clicks and select it according to its location and the services offered.

Caught up in the rush of time? Onepark allows you to book at the last minute. The comparator only offers you the available car parks according to your budget and your criteria: price, location, covered or uncovered car park, time needed to get to Orly airport, etc.

By planning your journey in advance, you can leave with a clear head thanks to Onepark!