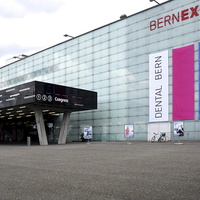 The Bern-Belp airport is located approximately six kilometers southeast of the city of Bern on a 55 hectare site. Thanks to its ideal connection to public transport, Bern-Belp Airport can be easily reached with the S-Bahn lines S3, S31, S4, S44. Furthermore, the Airport Bus Bern and the Tangento are available.

A short history of the airport Bern-Belp

Bern-Belp Airport is based on the plans of the cooperative Alpar, which became not only the operator, but also the first airline based in Bern. In 1929, Bern-Belp Airport - even a month before the official opening of the airfield - served routes to Biel and Basel, from where passengers had access to Paris and London. After the operation was discontinued during World War II, the Bern-Belp airport resumed its service until 1950. Since then it is steadily uphill.

Explore Switzerland from the Bern-Belp airport

Although Bern-Belp Airport is named after the airport, it is officially classified as an airfield. Stationed here there is, inter alia, the airline Sky Works Airlines, which uses the Bern-Belp Airport as a home base to most of their main destinations (especially the regions around the Mediterranean). Etihad Regional, Germania and Helvetic Bern also operate here. Due to the location of the airport, arrivals by car are possible, you only have to find a car park spot available at Bern-Belp Airport with Oneparl.

There are numerous parking facilities around the Bern-Belp Airport. Take a look at Onepark's offer, which proposes low-cost parking spots at Bern-Belp Airport and free cancellation options. Due to the proximity to public transport you can park and then reach the airport in a few minutes.