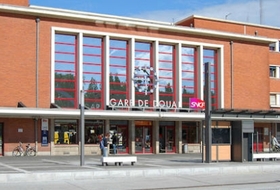 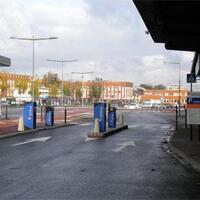 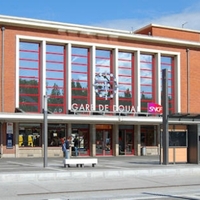 Visit the city of Douai during your holidays in the north of France. With Onepark, avoid parking problems during your stay.

Douai is part of the Nord department in the Nord-Pas-de-Calais-Picardie region. It is 140 km from Brussels and 190 km from Paris.

Douai is mentioned for the first time in 930. In 1369 it became Flemish and became part of the county of Flanders. From the 15th to the 17th century, the city was under Spanish rule. Philip II, King of Spain, founded the University of Douai in 1562 and made the city the bastion of the Catholic faith. In 1667, Louis XIV decided to invade Flanders. Vauban took the city in 3 days and since then, Douai remained French. Towards the end of the 19th century, the ramparts were dismantled, the Place du Barlet created and a tramway network set up. The two wars caused serious damage, but the city was rebuilt according to the plan of development realized by Alexandre Miniac.

The specificities of Douai

Listed city of art and history, Douai is full of architectural monuments to discover, including the belfry and its chime of 62 bells. Admire also the Ladies' Tower, the Porte d'Arras and the Porte de Valenciennes.

Go to the Onepark website and fill in the boxes dedicated to your arrival and departure date. You will get the list of parking spaces available during your stay in Douai . Choose from the offers and save up to 60% *.

Reserve your parking space on the Onepark website or via the mobile application before coming to Douai . You will receive instructions on parking access and the exact location of your parking.