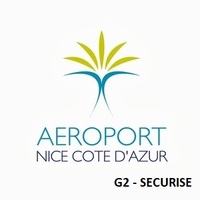 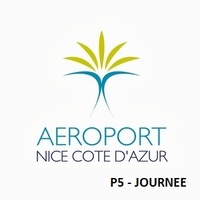 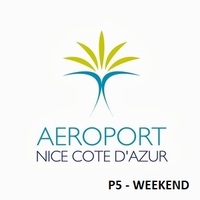 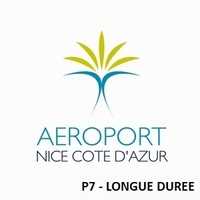 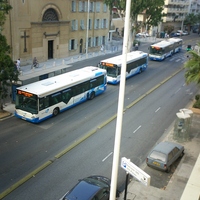 Nice-Côte d'Azur Airport sits seven kilometres southwest of Nice's city centre and acts as the main airport of Monaco, which is about 30 kilometres away. Overall, the airport is over 3.7 square kilometres in size and an average of 26 planes land there every hour.

Nice-Côte d'Azur Airport was privately built in 1930, but it became government-owned in 1937. Although the airport was partially destroyed during World War II, it was rebuilt following the Liberation and a brand-new runway was installed. Growth continued throughout the 1950s and 60s, as several terminal expansions took place during that time. A second runway was also added in 1978 and a second terminal was finally opened in 1987.

There are currently two terminals at Nice-Côte d'Azur Airport. Terminal 1 is the smaller, older facility, with 25 gates in a space of 52,000 square metres. Terminal 2 is larger, with 29 gates and a surface area of 57,800 square metres. Both terminal handle flights to all destinations and are linked with a shuttle bus. Since the airport sits on the western edge of Promenade des Anglais, a major highway into Nice, driving to and from the terminals is easy. Reserving parking at Nice-Côte d'Azur Airport is recommended because it can get a little tight.