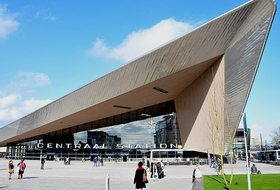 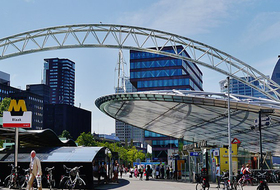 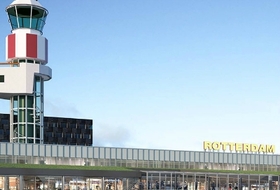 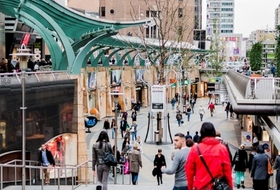 Rotterdam is one of the Netherlands’ most important cities and is considered one of Europe’s most important ports. OnePark takes the stress and hassle out of finding parking near Rotterdam.

Located in South Holland Province, Rotterdam is a busy port city. Its port is, in fact, the largest in Europe and has key links to the Meuse and Rhine rivers. The population of the city currently sits at around 630,000 people.

A brief history of Rotterdam

Founded in 1270, Rotterdam grew in line with its port. As the port became more important, so did the city. It played a strategic role in WWI as a centre for spy operations. During the WWII the city was almost levelled due extensive bombing and much of it had to be rebuilt. As a result, the city boasts a curious blend of traditional and modern architecture.

Rotterdam is a compact city, meaning that walking is generally the best way to get around. You can observe its surroundings from the Euromast, highest tower of the city to decide on where to go next! There are also trams, buses, and yes, even water taxis that speed across the river Maas whisking you off to one of the 50 stops located around the city. If you want to take your car, you must pay for parking in Rotterdam. It’s best to park outside of the city centre and travel in using a park and ride.

Get the best deals on parking in Rotterdam

For all the best deals on parking in and around Rotterdam use OnePark. You’ll be able to save up to 60% on parking fees, have access to hundreds of parking spaces and a simple online booking process. There’s also a dedicated customer support team ready to help you take all the stress and hassle out of finding city parking.

Our website uses session cookies to improve site navigation, to enhance online experience, to offer customized contents and to get statistics about the number of browser visits. Learn more about cookies and how to change your settings.