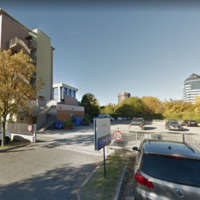 Brescia is an Italian town of about 200 thousand inhabitants, located in the Lombardy region. Finding a parking space in Brescia is easy with Onepark .

Brescia is the second largest city in Lombardy and is the capital of a province inhabited by more than one million people. It is located in the upper Po Valley, at the foot of the Alps and Mount Maddalena, on a surface of about 90.34 km2.

Founded over 3200 years ago at the foot of the Alps, Brescia was the capital of the Cenomani Gauls and later became a Roman colony with the name of Brixia. For about 400 years, until the end of the eighteenth century, it was part of the Republic of Venice. It became Austrian from 1815 to 1859, then passing to the Kingdom of Italy. It was called "Leonessa d'Italia" for the valiant resistance against the Austrian occupiers during the Italian Risorgimento.

In Brescia the archaeological area of the Roman Forum and the monastery of Santa Giulia are part of a group of sites that in 2011 were declared World Heritage Sites by UNESCO.
Besides being a city rich in history and art, Brescia is an important food and wine center and has many natural areas.
The historic center can be visited on foot, but the underground is the main means of moving from the center to the suburbs. There is a complex system of car parks in Brescia , with underground and surface parking areas.

Find a cheap parking in Brescia

Thanks to Onepark it is easy to find a convenient car park in and around Brescia . Indeed, Onepark offers a wide range of parking options that will save you up to 60%. Just connect to our website to have dedicated customer support available and book your ideal parking space .