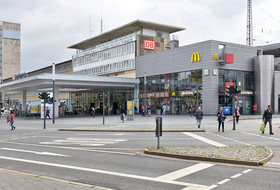 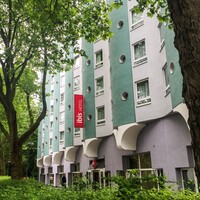 Essen has more than 580,000 inhabitants, making it the fourth largest city in Germany. With Onepark you can save a lot of time when searching for a parking space in Essen .

Essen is located in West Germany, more precisely in the state of North Rhine-Westphalia. With several other surrounding cities Essen forms the Ruhr area, the largest metropolitan area in Germany. Alone in the 50-kilometer radius around Essen live about 9 million people.

A short story about Essen

The origins of the city of Essen go back to the year 851 when the Frauenstift Essen was founded by Bishop Alfred von Hildesheim. There were only daughters of the Saxon nobility recorded. With industrialization, the city became increasingly important due to its mineral wealth. In addition to iron and steel, coal played a central role and numerous mines were built to mine the same. In World War II, Essen was largely destroyed. Despite the rebuilding in the following years, the dwindling coal deposits led to economic problems.

Essen - a city with industrial charm

Although many facilities are no longer used to mine coal, they have not been demolished but used for other purposes, giving the city its industrial charm. The landmark of Essen is the former industrial complex Zeche Zollverein, in which several museums can be found. More about the history of the Ruhr area can be found in the Ruhr Museum, which is located in the redesigned coal washing plant. The Zollverein monument path, declared a UNESCO World Heritage Site, is a place to remember history, but also to admire modern art, culture and architecture. Contemporary design can also be seen in the former boiler house, which today houses the Red Dot Design Museum. Reserve your parking space in Essen with Onepark to visit these places in peace.

Parking search is a problem of yesteryear. With Onepark you will find your car park in Essen within seconds and can reserve it immediately at the best available rate. And if something changes in the dates of your trip to Essen , you can still cancel the parking lot for free.