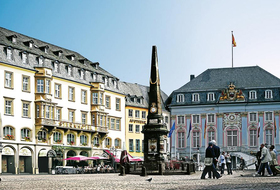 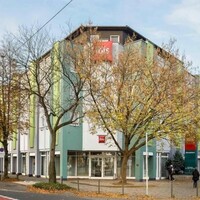 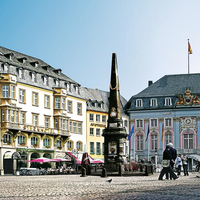 In the period between the end of the Second World War and the reunification of Germany, Bonn was the capital of Germany. When visiting the city of North Rhine-Westphalia, it pays to park the car near Bonn and then make use of the well-developed public transport network.

The former federal capital is located directly on the Rhine and covers an area of about 140 square kilometers. Bonn is divided into four city districts and, with about 320,000 inhabitants, is one of the 20 largest cities in the Federal Republic. It is also one of the oldest cities in Germany.

A short history of Bonn

Bonn is one of the oldest cities in Germany - in 1989 the city celebrated its two thousandth birthday. After the first Roman settlements, Bonn had to endure a lot during the raids of the Vikings - about 800 times the city should have been strangled. In 1243, Bonn received full city rights and, in addition, the city became the residence of the Electors of Cologne during the thirteenth century. As a result, splendid palaces were built in the seventeenth and eighteenth centuries, but this baroque period ended in 1794 with the occupation of the city by French troops.

Admire the former capital of Bonn

Bonn is centrally located between the Rhine-Ruhr and Rhine-Main regions, close to three international airports, and is of great interest to visitors, not least because of its history as a former federal capital. If you make use of the good connection to the motorway network and travel by car, you can locate the best parking facilities in Bonn via Onepark and then be greeted by the statue of Beethoven, the city's most famous son, right at the central cathedral square. The birthplace of the composer can be visited only a few streets away. If you want to immerse yourself in the past, then you should not miss a visit to the House of History in Bonn .

You can start your journey to Bonn carefree, if you already know that you have a parking space at the destination. Choose one of the parking options in Bonn that suits you best, and reserve your seat online via Onepark . And if your travel plans change, that's not a problem as cancellations are completely free.