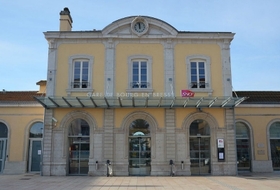 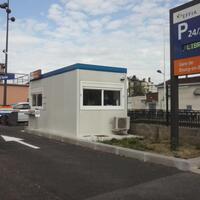 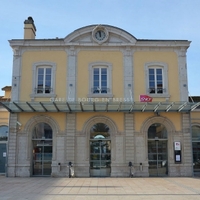 You want to discover the city of Bourg-en-Bresse and its rich architectural heritage. Onepark allows you to safely park your vehicle on a reliable parking space .

The town of Bourg-en-Bresse is located in the department of Ain, in the region Auvergne-Rhône-Alpes. It is located on the plain of Bresse.

Raised to the rank of a free city in 1250, Bourg-en-Bresse gained importance thanks to its destiny linked to that of the House of Savoy. At the beginning of the 15th century, this city was chosen as capital of Bresse by the dukes of Savoy. In 1535, the city was taken by the French, then taken over and transformed into a stronghold by Duke Emmanuel-Philibert of Savoy. In 1601, it was ceded to France by the Franco-Savoyard Treaty signed in Lyon.

Capital of the Ain, the city of Bourg-en-Bresse is mainly known for its royal monastery of Brou, a masterpiece of Gothic art. In addition to this architectural jewel, the city has many monuments testifying to its rich past. In its historic center, discover among other things its old half-timbered houses such as the Gorrevod house or the co-cathedral Notre-Dame de l'Annonciation . The city also has an urban leisure park with play areas, swimming and many more.

Do not worry anymore about parking your car in Bourg-en-Bresse and make your life easier with Onepark, by reserving secure parking spaces .

Parking in the city of Bourg-en-Bresse

To facilitate access and exit your parking space in Bourg-en-Bresse , Onepark sends you a confirmation email after your booking containing all the necessary information.